Woodingdean in Business - C'mon you businesses 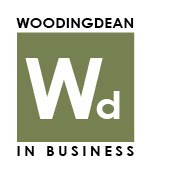 I am really pleased to annouce that www.woodingdeaninbusiness.co.uk is now recruiting businesses. We have over 20 listings to date and are hoping to grow this to over 60 in the next two weeks - do visit the site to find out if we have hit this number yet.

I had always realised that reccruitment would be a hard task but I am surprised how much effort it requires. But with a steady rather than hot head Suzanne, James and I are encouraging, cajoling and enthusing people about the site and hopefully we will soon have a site full of listings from local businesses, clubs and charities that we can launch to the folk of Woodingdean - can't wait but then the work really starts

For more information about Woodingdeaninbusiness.co.uk contact me jo@frankontheweb.com - happy to talk!
Posted by Jo Weatherall at 06:07 No comments:

Un-Networking - Floating Your Own Boat

I was reading through a copy of Director magazine a few weeks ago and there was an interview with Carole Stone - ‘The best connected woman in Britain’ and in it she suggested the idea of a networking salon where you invite a small group of people for an informal networking breakfast lunch or evening.

And I just loved the idea, I think because it was simple and practical, something I could organise and run 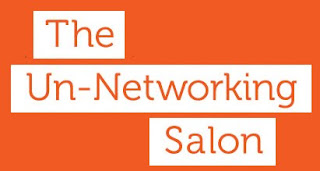 around all my other work and family commitments. I spoke to Steve Bustin of Vada media and he instantly took to the idea too… So in February, after just one evening of scouring the city for a venue we held our first Un-Networking event in central Brighton. About 20 people came along and the people who came really seemed to enjoy it. Over half of them came along to our 2nd event in March along with 12 others who came for the first time. The evening is aimed at people in the ‘creative industries’ so we have designers, copywriters, photographers, artists, marketers, events organisers – and their friends.

We have kept it really relaxed – we have a few simple guidelines that we sent out with the initial invites …
• Only buy drinks for yourself – then no one’s under pressure to buy rounds that quickly get expensive.
• Only bring out your business cards if asked for one. No throwing them around like confetti.
• Be interesting – we don’t do dull. There’s so much more to life than business so find something else to talk about for once.
• Don’t leave anyone standing around on their own – be friendly, be approachable and be prepared to talk to anyone and everyone. Who knows, they may be the making of your business – or at least a good laugh to talk to.
• By all means bring people along (ask them to fill in the Doodle form below first) but make sure they know this is un-networking, not networking.
The evening won’t appeal to everyone; there is no structure, no elevated pitches and no presentation. We don’t have people on the door and we don’t mind if people turn up late. But we do all have a good time, chatting to people like us about …. well everything really (Andy White and his theory on memory foam mattresses was a real blinder).

If you like the idea of running an Un-Networking event then do ask – I’d be more than happy to tell you about ours. We will be launching a website soon www.un-networking.co.uk which will tell you a little more.

Jo@frankontheweb.com
Posted by Jo Weatherall at 06:04 No comments:

Jo Weatherall
I am the owner of Frank! Communication Solutions based just outside Brighton in East Sussex. We are a straight talking, ideas driven creative communications agency. Frank! has a fantastic range of clients as well as being proud owner of www.woodingdeaninbusiness.co.uk, WWW.build14me.com and founder of www.un-networking.co.uk. Frank! specialises in helping charities, businesses and membership organisations engage with the people who matter to them. Do contact me for a chat if you'd like to know more. hello@frankontheweb.com